Fact Check: What is the value of rates?

Fact Check: What is the value of rates?

Based on deliberate misinformation and fake news, some extremist groups pushing a fiscally conservative agenda are promising savage cuts to your services - by 30 percent including Council provided child care, social housing, hard rubbish collections, the arts and the environment.

Will their proposed cuts reduce rates and rents?  Let's have a look at the facts.

In a world of misinformation and fake news – even at a local level – there is a lot of fabrication around council rates and spending.

In fact, looking at average residential rates and other council charges across urban Melbourne, Port Phillip is amongst the lowest. 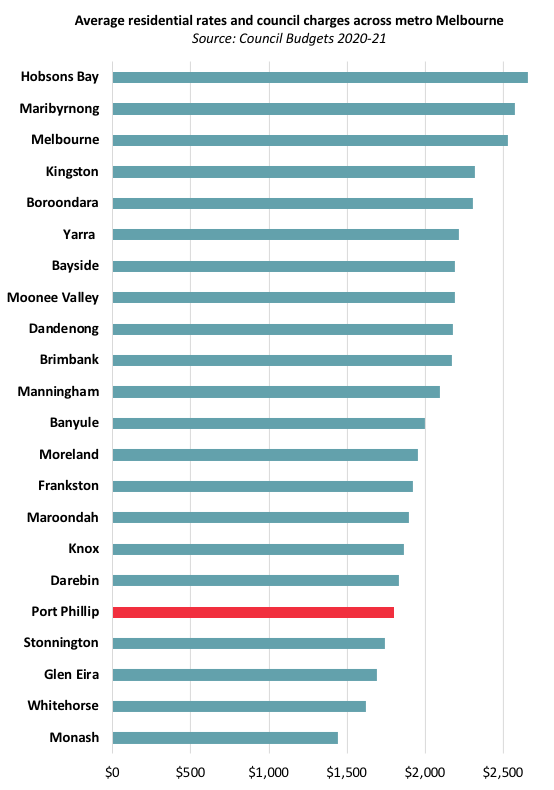 Then there is the question of Council spending.

Again facts are non-negotiable and the City of Port Phillip’s budget provides a full breakdown of how our rates will be spent next year.

The chart below shows how the council spends its rates revenue for each $100 we pay in rates. It is sourced from the council’s 2020/21 draft budget, page 130.

Based on deliberate misinformation and fake news, some extremist groups pushing a fiscally conservative agenda are promising savage cuts to your services - by 30 percent including Council provided child care, social housing, hard rubbish collections, the arts and the environment.

Their goal is not for the Council to work harder and smarter – their aim is a fierce ideological attack on the public realm and on the wellbeing and sustainability of our neighbourhoods and our community.

These extremist groups want to privatise core community assets. They focus on essential community infrastructure like, for instance, South Melbourne Market. But in reality, for each $100 we pay in council rates, just 36 cents is spent on this iconic market.

Another issue consistently highlighted by conservative voices is council spending on housing and homelessness. Those groups would rather walk away from the most vulnerable in our society than spend 82 cents for every $100 in rates, to support people who need our help the most.

Their proposed cuts won’t reduce rates nor rents, they will simply slash the services that many in our community depend on. Remember, the biggest part of your rates is determined by the value of your property. Since 2018 residential property valuations are set annually not by Councils but by the Victorian Government’s Valuer General. Properties with higher valuations pay more than properties where valuations are lower.  Annual valuations, rather than every two years, are expected to improve equity and transparency in the distribution of rates.

If we want to emerge stronger from the pandemic, the Councillors we elect in October will need to ensure we have reasonable rates but they also must have a plan for the services essential for living in our neighbourhoods in the 21stcentury.

Why does this matter?

The list below is a compilation of some of the services that your council rates fund: 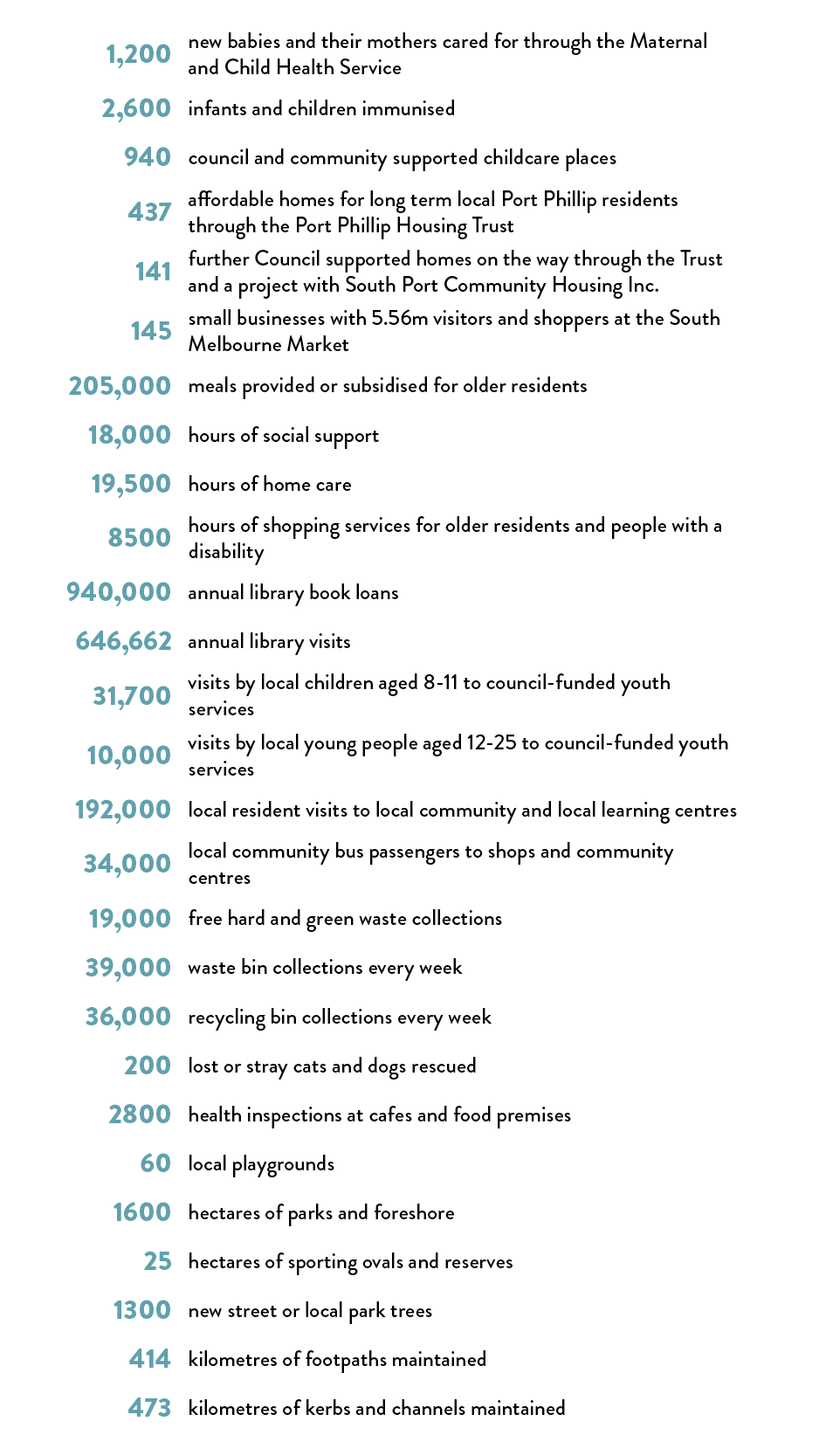